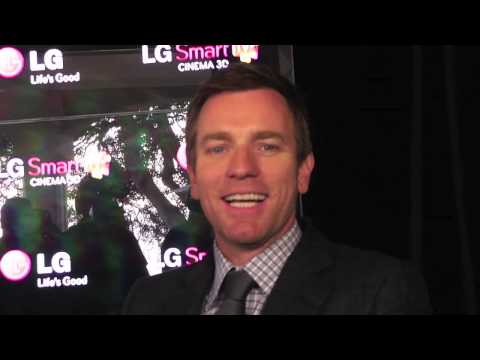 OK, this one's a little different to the rest. At LG Australia's launch of its 2013 Home Entertainment range, the company unveiled Ewan McGregor as the face of the campaign... and thanks to my choice of seat (determined normally by my poor eyesight) I ended up sitting right in front of him. So, here's Ewan McGregor on acting, the effect of technology change in film-making, why he likes LG (hey, he is there to spruik LG after all) and a whole lot of use of a certain four letter word starting with f...